COVID-19 Clinical Trial: ask us about the trial of treatments for COVID-19.
Learn More
Healthy Lifestyle

Is Vaping Better Than Smoking?

Healthcare professionals around the world believe that people who already smoke should make the switch from regular cigarettes to vaping.

However, this does not mean that vaping is entirely safe. Based on the available data, it is less harmful than smoking.

Vapes are also known as electronic cigarettes or electronic nicotine delivery systems. These devices come in various shapes and sizes. Some of them are made to look like regular cigarettes or pens, while others have a unique design. The form does not change the process of vaping. They all work in the same way by heating a liquid, which may contain nicotine, preservatives, various fragrances, and flavor additives. There are also nicotine-free e-liquids.

Most people who quit smoking and switched to vaping report that they breathe easier, cough less, and feel better overall. Unfortunately, vaping may lead to significant health risks.

Side Effects of Vaping 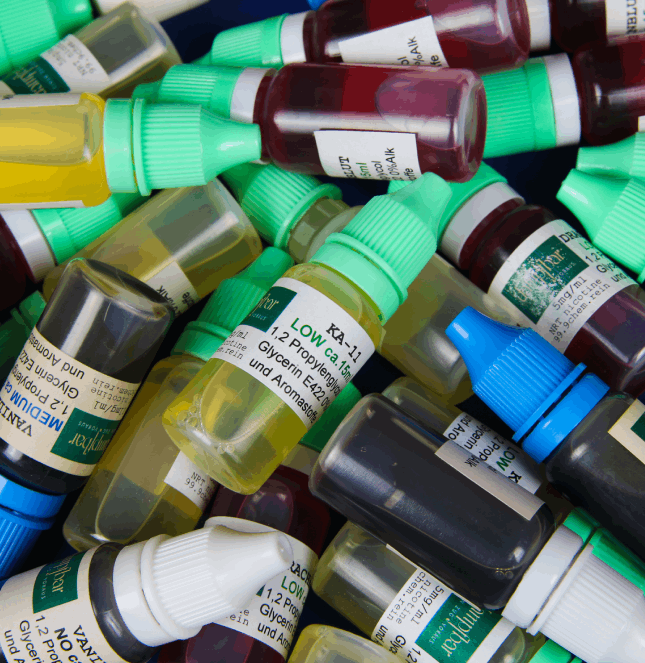 All liquids used in vaping devices and vapor contain a mixture of potentially dangerous chemicals that enter directly into the lungs. For instance, substances like formaldehyde, acetaldehyde, acrolein, and glyoxal are produced by heating propylene glycol and glycerin.

Formaldehyde is classified as a carcinogen, while acetaldehyde is potentially carcinogenic to humans. Acrolein is a respiratory irritant, and glyoxal has mutagenic properties. Although vapor from electronic cigarettes contains fewer toxic substances than cigarette smoke, many researchers fear that exposure to e-cigarettes may carry unknown health consequences.

What is Popcorn Lung and Can Vaping Cause It?

The second problem is related to adding flavors to e-cigarette liquids that provide a pleasurable taste and smell. Since similar substances are used as a flavoring in the popcorn, inhaling these chemicals causes "popcorn lung". It is a lung condition caused by exposure to certain toxic chemicals.

One of the main chemicals responsible for the disease is diacetyl. This flavoring agent is considered a safe ingredient in foods but can be dangerous when inhaled.

It is reported that workers in popcorn and coffee manufacturing industries are subject to diacetyl exposure. As a result, they often suffer from lung disease.

The third health threat from vaping is thickeners. Manufacturers add these substances to make the device filling process easier.

In the summer of 2019, there have been more than 2,500 cases of severe pulmonary disease, including 68 deaths, in the United States. Ultimately, investigations revealed that the outbreak was predominantly associated with the use of electronic cigarettes.

Although VEA is only suspected to play a causal role in the development of lung damage, this substance has been found in most lung fluid samples. Experts concluded that the outbreak was strongly linked to this chemical exposure.

Consequently, hospitalized cases of the outbreak had steadily declined. However, it is quite possible that vitamin E acetate is not the only additive capable of causing EVALI since it was not found in some patients.

Commonly, vaping is thought to help quit smoking by gradually reducing the dose of nicotine. But in fact, it turns out the other way around: people start smoking cigarettes and vaping at the same time.

Consuming large amounts of nicotine affects the area of the brain responsible for learning and self-control. Besides, the use of nicotine e-cigarettes can cause increases in heart rate and blood pressure. These effects put extra stress on the heart, increasing the chance of heart problems and cardiovascular diseases.

Vaping Can Cause Nasopharyngeal Cancer

A new study found that people who vape and smoke hookah are more than twice as likely to exhale through their nose (63% and 50% respectively). While only 22% of cigarette and cigar smokers practice nasal exhalation. This tendency is likely to put vapers and hookah smokers at an increased risk of inflammation and cancer of the nose, sinuses, and throat compared with tobacco cigarette smokers.

Is it reasonable to switch from cigarettes to vaping? To answer this question, people should first assess their own situation.